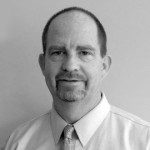 Mr. Campbell is currenting the Zoning Board Solicitor for the Township of Mount Laurel, New Jersey (Burlington County).

Prior to the founding of Campbell Rocco Law, Mr. Campbell was an attorney at Silverang & Donohoe, LLC. Mr. Campbell also has extensive experience representing municipalities, builders and developers in Philadelphia and the surrounding suburbs including the Borough of West Conshohocken, Victory Builders, Star Creek Properties,  Philomeno & Salamone, Home Goods, and Shaffer Builders.

Mr. Campbell served as Solicitor for the Borough of West Conshohocken from 1996-2001.  From 1991 through 1992 he was a prosecutor with the Montgomery County District Attorney’s Office where he served as the Captain of the Drug Prosecution Unit.  He is the former law clerk for the Honorable Joseph A. Smyth, P.J. of the Court of Common Pleas of Montgomery County.